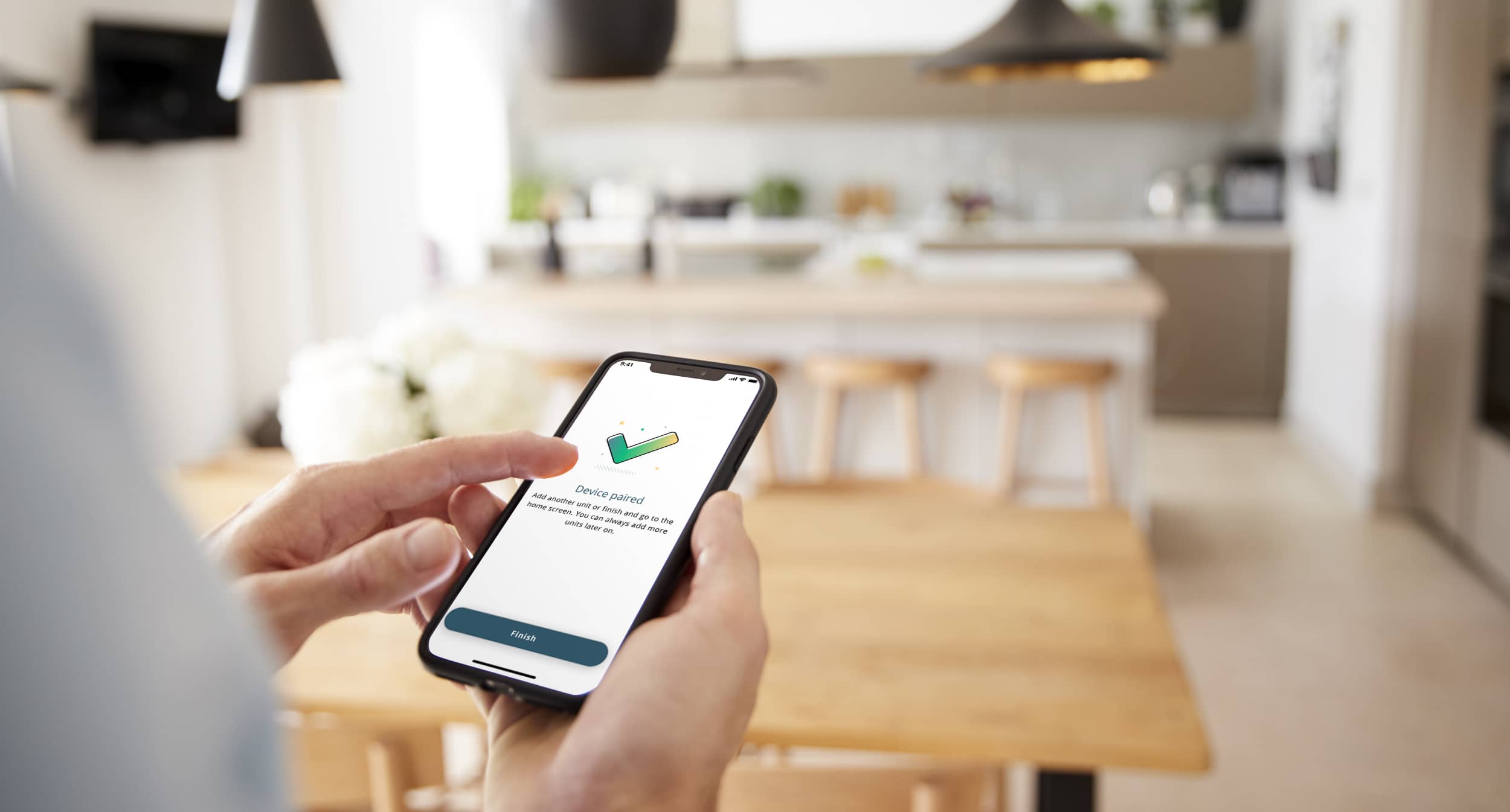 Thousands of BDR Thermea Group customers across Europe are using our connected smartphone app to manage their thermostats. Now we’re working on an improved version of the app that will deliver smart solutions to make customers’ lives easier. Take a behind-the-scenes look at the app’s evolution.

At BDR Therma Group, customers are at the heart of everything we do. So we turned to them when we set out to improve our connected smartphone app, drawing on their feedback to deliver a faster, simpler, more efficient product that will ramp up the quality of the user experience.

The current app has performed well over the years, and BDR Thermea Group has created several iterations based on continuous improvements. Now, in line with BDR Thermea Group’s rapid innovation and digitalisation journey, we’re completely refreshing the app to better match customer needs. The new, improved version is set to launch in January 2022. 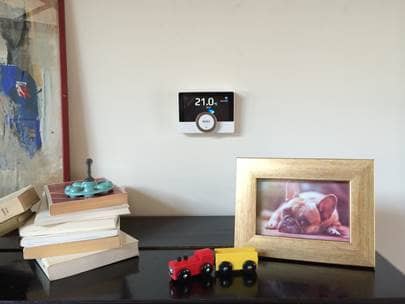 Looking back on how the app has evolved, Francesco Reffo, Group Product Manager Digital (B2C), BDR Thermea Group, says: “We were new to the game when we started out making apps five years ago. We manufactured heating equipment; we weren’t app developers. We’ve certainly come a long way as a company in how we work, and design and deliver digital value in apps – and we’re excited to share this with our customers.”

Start by listening
Delivering this next-level app began with one thing: listening. “The starting point was to hear what our customers were saying and take their needs into account, both in what we added to the app and removed.”

In the past, the focus was less about design and ease of use than including as big a toolbox and as many functionalities in the app as possible, says Reffo. But as it became clear that more and more people were using the app to adjust their heating, the development team knew it had to be more precise about giving people what they wanted.

“We got strict about working with customer feedback and analytics, rather than opinion and probability,” he says. “Our departure point was to ask: is this function useful to the customer? Will it make the app easier to use? Will it make it faster?”

The team started out by implementing Firebase, the Google-backed app development software that allows developers to better track analytics, and report and fix app crashes, among other benefits.

It also applied some out-of-the box thinking to its testing process, moving beyond traditional appliance and beta testing to one where a group team of testers got to test functionalities that were not even likely to go in production. “It was a case of just letting users play and then listening to feedback,” says Reffo.

This process has certainly paid off, with several improvements delivering speed, simplicity, clarity, and efficiency, with a more intuitive interface and user-friendly design.

The biggest change was to focus on the end-user only and remove installer-level functionalities. It’s about ensuring the user experience is useful and enjoyable, with no unnecessary distraction. “Focusing on the end-user meant we could remove the stress and intimidation they may feel when, for example, they get a push notification relating to thermostats, temperatures, system adjustments, etc.” Features removed from version 1.0 will be included in an installer app and a dedicated installer portal that is currently in development. 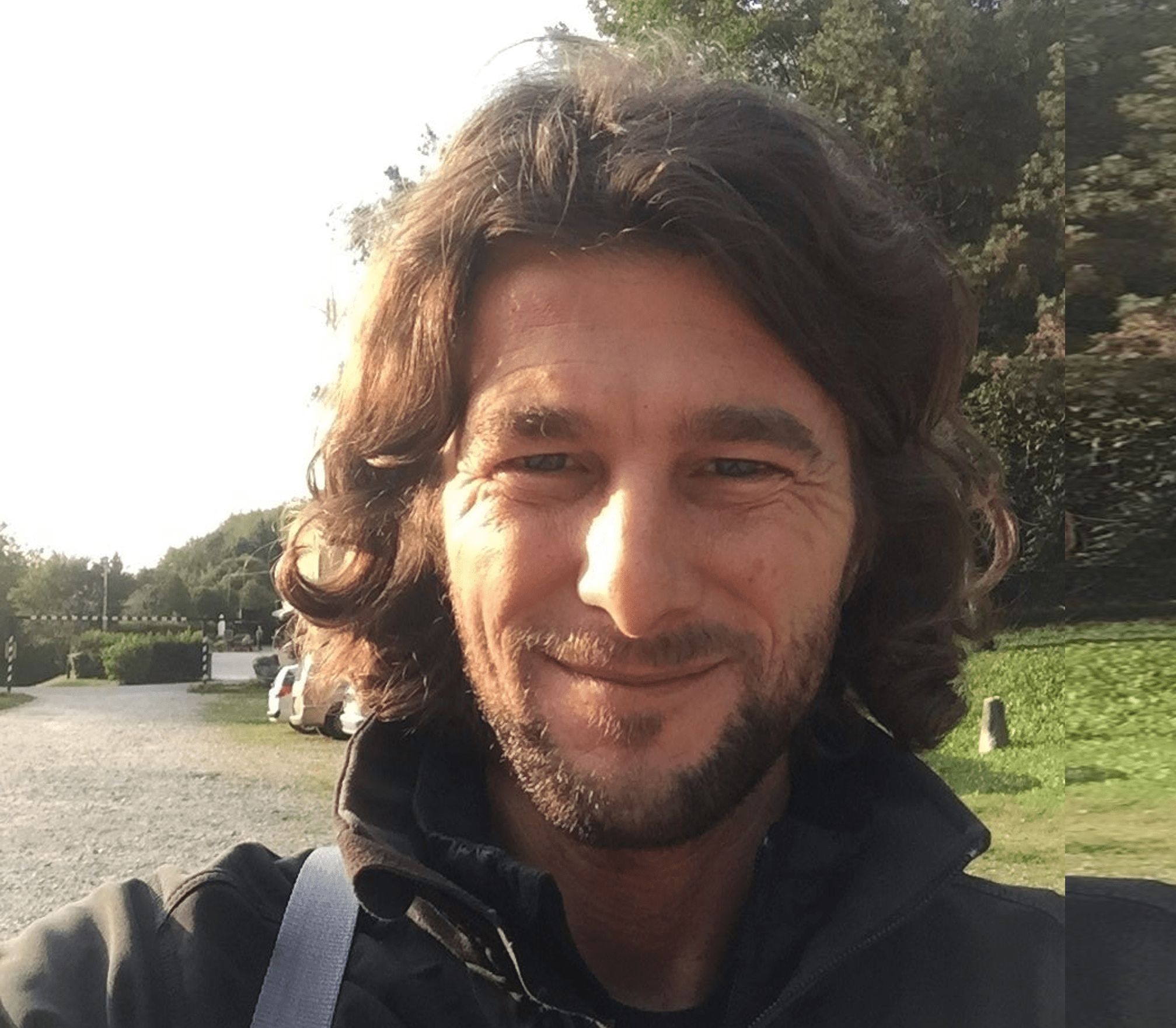 "We translated technical jargon into simple terms in the app. We no longer use complex words but prefer simple words like 'heat comfort', rather than technical words like 'modulating'." 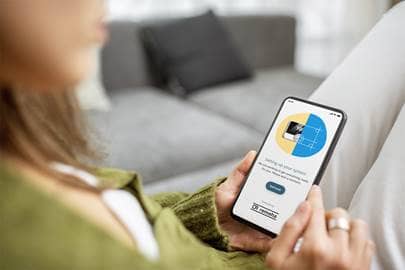 Icons in the app were also harmonised, removing those intended for the installer and creating a simpler interface and intuitive structure.

The team has learned a huge amount from first iterations, says Reffo. “In early versions, we weren’t sure what we needed, so we included everything. But adding elements brick by brick means you struggle to achieve coherency. By stripping elements away and knowing more precisely what to include, you achieve that coherency. Now we know upfront what elements are used most.”

People power
Technology aside, it is BDR Thermea Group’s people and way of working that has enabled the development of this new app. The days of siloed working are over, and teams now collaborate in amuch more multidisciplinary way.

“We’ve embraced modern principles such as agile and scrum,” says Reffo. “This not only leads to a better outcome for the users, with new functionalities constantly being developed, but it also makes BDR Thermea Group a more fun place to work.”

Of course, the new improvements won’t start and end with version 2.0, says Reffo. “An app is not a static asset; it will change along with customer needs.”

To drive technology and business change at BDR Thermea, the Group is in the process of deploying a fully integrated, connected infrastructure for the entire organisation.

Starting with a pilot project at our UK brand BAXI, the Group is creating an Internet of Things (IoT) Connected Services platform that integrates with Microsoft Azure to capture the status of its connected devices. Thanks to this new cloud architecture, the process of adding new services to the app will be much easier. This flexibility is a crucial element given customers’ fast-changing needs as we move forward in the energy transition.

“We’re really excited about our new app and what it can deliver,” says Reffo. “By involving customers in the feedback process, we’ve been able to better understand how our smart solutions can make their lives easier. Very simply, it will help us deliver digital, smart and connected value to our customers.”

The development team is hard at work getting the app ready for beta testing by the end of the year, with rollout set to start in early 2022. Stay tuned!